Dr Aleksander Witkowski was the only one of all the Polish doctors arrested in the Free City of Danzig (now Gdańsk)1 and sent straightaway to Stutthof concentration camp, who survived in the camp to the end of the War. In late January 1945, he was evacuated and had to go on the merciless Death March out of the camp. En route in March 1945 he was liberated by Soviet troops. Dr Witkowski’s veteran status in the camp was evidenced by his three-digit camp number: 944, low indeed if compared with the total of 120 thousand prisoners registered in Stutthof. The other Polish doctors from Danzig were either killed or died in the first years of their confinement in the camp.2 Only one of them, Dr Witold Kopczyński, was transferred from Stutthof to another camp in 1941, and thus escaped certain death there. He was set free when Dora-Buchenwald,3 the last camp in which he was detained, was liberated. 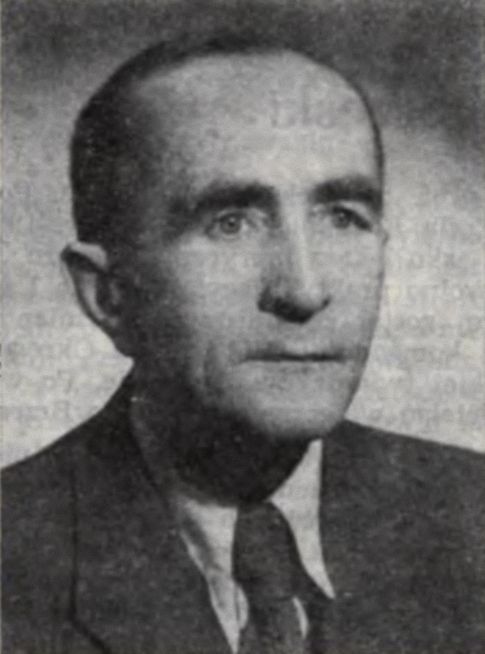 Aleksander Witkowski was born in Bydgoszcz on 25 October 1902. He attended the Städtisches Gymnasium Danzig.4 At school, he was a co-founder of a secret branch of the Association of Gdańsk Philomaths and Philareths,5 an organization promoting Polish patriotism. In 1919, when Gdańsk became a Free City, he and his schoolmates Stefan Mirau and Witold Kopczyński, who later became doctors, as well as Alf Liczmański, Wanda Marlewska, Maria Bawelska and Stefan Tejkowski, set up a secret branch of the ZHP Polish scouts’ and guides’ movement. In 1922 Aleksander Witkowski enrolled at the University of Munich for Medicine, and completed his studies in 1928. On graduating, he started work with an ophthalmology clinic in Munich and in 1929 wrote his doctoral dissertation on ophthalmology.

He returned home in 1930 and served as a medical practitioner in the Directorate of Danzig State Railways, holding the post until 1936. Until the outbreak of the War, he had a doctor’s surgery of his own in the city centre. He used to visit the Polish military garrison at Westerplatte,6 and provided medical treatment for the men stationed there.

When the War broke out on 1 September 1939, the Gestapo arrested Dr Witkowski, taking him from his apartment to the Victoriaschule and later to the transit camp in the Neufahrwasser (now Nowy Port)7 barracks. These were places where the Germans executed Polish inhabitants of Danzig. Dr Witkowski was sent to Stutthof on the first transport of prisoners, and initially had to do hard labour clearing the forest. In the evenings, after work, he took care of sick fellow inmates. In early 1940, as soon as a hospital barrack was built in the camp, Dr Witkowski was ordered to manage the surgical ward, while Dr Stefan Mirau8 managed its internal medicine ward.

Shortly afterwards, Dr Witkowski was transferred to Aussenkommando Stutthof Elbing Schichau.9 a new sub-camp in Elbing (now Elbląg), where hundreds of prisoners worked in the shipyard, producing submarine parts for the German Kriegsmarine. Here Dr Witkowski treated prisoners and established an outpatient service. In 1942–1943 he was often seen in the city centre attended by a prisoner and guard, visiting the Adler-Apotheke pharmacy to collect medications for the sub-camp. This was the only opportunity he had to contact his family and relatives. He was sent back to the main camp in 1944 and resumed his job in the hospital.

In one of his last letters to his mother Leokadia Witkowska, sent from the camp towards the end of the War, he regretted that he would miss her 70th birthday. He asked her to look after herself and not worry about him. In this letter, he sadly admitted that he had already had six birthdays in captivity.

From the first days of January 1945, the camp authorities hastily set about destroying the hospital records, and on 25 January, after dividing the entire camp into eight marching columns and distributing food for the first two days of the march (half a loaf of bread and a quarter-pound of margarine per head), they started to evacuate the prisoners. Only the seriously ill and a group of Jewish prisoners were left in the camp. Several long weeks of marching along the roads, fields and highways in the environs of Gdańsk were ahead of them. Their destination was the vicinity of Wejherowo and Lębork. Dr Witkowski was assigned to the first marching column, numbering approximately 1,600.

The journey was very hard, and after walking up to thirty kilometres a day, prisoners were on the verge of exhaustion due to hunger, sub-zero temperatures, and snowdrifts. The most exhausted prisoners went down and died on the way, many were gunned down by the SS escort. They spent the nights in sheds, stables, barracks, or churches. In early March 1945, the decimated column reached the village of Gans (now Gęś) near Lębork. Most of the prisoners went sick, suffering from particularly troublesome digestive tract diseases and diarrhoea.

One of Dr Witkowski’s fellow prisoners, Balys Sruoga,10 a Lithuanian professor who had been held in Stutthof since 1943, wrote the following account of his time in Gans and Dr Witkowski:

In the shed we were put up in at Gęś there was a doctor called Witkowski from our column, a Pole from Gdańsk, who had spent over five years in the camp. He was a good and affable man; he was so exhausted he could hardly keep up on his feet. He had no medicines or instruments because the SS did not allow him to take anything out of Stutthof. When he saw our fellow prisoners running a temperature due to typhus or paratyphoid, he just gave a sad nod and went away without a word. If he had reported it to the SS, they would have sent them straight off to the “hospital,” that is a mortuary, not a treatment facility. The sick men would have died there right away. But if they stayed with us they had a chance to survive. And fortunately no one was infected by them. Yes, Witkowski was a very good man, God bless him.

The prisoners’ ordeal came to an end when Soviet soldiers entered the sub-camp. Dr Witkowski, who had contracted typhus, was sent to their field hospital and spent six weeks there. On recovering, he returned to Sopot, and was one of the first doctors to start work in the municipal clinic. Although he was not physically and psychologically fit enough yet, he devoted all his energy to treating the people of Sopot, which had a rising population. But his health continued to deteriorate. He fell seriously ill and had to stop seeing people. The only person who was sincerely devoted to him in these difficult, last days of his life was his sister Jadwiga. She was with him to the end: he died on 10 November 1973.

a—notes by Maria Kantor, the translator of the article; b—notes by Teresa Bałuk-Ulewiczowa, Head Translator for the Medical Review Auschwitz project.

I have used the following materials: