Eugeniusz Niedojadło, 1919–2007, economist, activist, Auschwitz-Birkenau survivor (prisoner No. 213). Niedojadło was sent to Auschwitz in 1940 in the first transport of Polish political prisoners from Tarnów and stayed in the camp until the Death March of 1945. During his imprisonment he served as an orderly in the prisoners’ hospital. After the War he was an active member of former prisoners’ unions and helped organise medical and humanitarian aid for concentration camp survivors.

On 18 October 1986 a sizeable group of friends and acquaintances paid their last respects to Dr Tadeusz Śnieszko, who died on 15 October at the age of 80 and was buried in Tarnów Cemetery. Dr Śnieszko, a survivor of Nazi German prisons and concentration camps and a social activist who had received several honours and distinctions from the Polish State, had been connected with Tarnów and its environs for over half a century.

Tadeusz Śnieżko was born on 18 August 1906 in Lwów.1 He attended primary school and the first years of grammar school in Stryj.2 In 1927 he completed his school education at the Stanisław Staszic Grammar School in Hrubieszów and went up to the Jan Kazimierz University of Lwów to read Medicine, graduating in 12 February 1935. 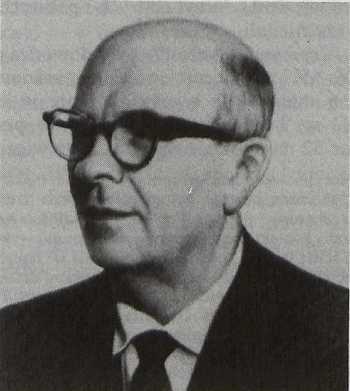 Straight after graduation he was appointed to a physician’s post in Lwów General Hospital,3 for the University of Lwów Internal Diseases Clinic. On 1 July 1936 he started an appointment as a physician for the Social Insurance Company4 in Lwów, followed by an appointment in its Nowy Sącz branch. Thereafter he worked as the district physician of Piwniczna. As of 1 May 1937 he was the district physician for Szczucin near Tarnów and for the local branch of the Social Insurance Company, and was working in Szczucin when the War broke out.

He was called up for military service and was due to report at the district military hospital in Kraków on the eleventh day after the announcement of mobilisation.5 Unfortunately, the Germans occupied Kraków on 6 September. In accordance with the recommendation issued by the Polish Government and broadcast by Polish Radio, Dr Śnieszko headed east and stopped in Hrubieszów, where he reported at the local army recruitment centre and was given orders to report to the reserve force of the military hospital at Kowel.6 In Hrubieszów he and his university colleagues joined a unit of the military field hospital and headed east, treating wounded soldiers on the way. He did not manage to get any further than Złoczów,7 where his unit was released from the military oath and disbanded.8

On 5 November, after a short stay with his wife’s family in Lwów, Dr Śnieszko reached Przemyśl, crossed the border in force at the time,9 and returned to his family in Szczucin. He went back to work straightaway, but had much more to do than before, because there were no other doctors within a radius of 20 km. He provided free medical care for all who came to him, especially for a large group of Polish people resettled from the west,10 mainly for the Poznań region.

At the time he was working as a Polish doctor “on commission,” which meant that he was obliged to work for German soldiers, who were from a battalion of engineers constructing a bridge over the Vistula in Szczucin. He later made use of this fact in his contribution to underground resistance activities. He collected data on the deployment, size and type of German troops in the area, and their movements, and passed this information on, either directly or through the services of a liaison officer, to his ZWZ11 superior. In addition, he also provided medical care for resistance fighters who sought his help, supplying them with the medicines and dressings they needed.

He did not conduct these operations for very long: in early April 1941 the Germans arrested him on suspicion of his membership in a secret organisation. He was put through several days of interrogation, but despite all the violence and torture, he did not admit to being a member of ZWZ. He was confined in Tarnów Prison for over a year, and during his imprisonment provided secret medical treatment for fellow-prisoners who were ill or had been beaten by the prison guards.

On 16 May 1975 Leon “Agrest” Wapiennik, who had been the commanding officer of the secret ZWZ-AK unit in Tarnów Prison, submitted a report to the Tarnów branch of ZBoWiD,12 in which he attested that Dr Śnieszko had been kept in cell 52 of Department 2 in Tarnów Prison. Wapiennik’s statement reads as follows:

Shortly after I was confined in this prison, at a time when the Gestapo was conducting a macabre investigation, torturing and killing Poles belonging to this group, I met Dr Śnieszko, established a secret resistance contact with him, and instructed him to conduct strictly confidential operations, such as 1. administering anti-typhus vaccines smuggled into the prison by the local branch of the Polish Red Cross, taking care that the prison doctor, a Ukrainian called Grytselak, should not learn of the procedure; 2. visiting political prisoners in their cells, conducting medical examinations of those who were ill or had been beaten up and injured, and issuing “illicit” prescriptions for the medications they needed; 3. drawing up secret medical reports to confirm violent assaults on prisoners or to give the real causes of prisoners’ deaths; 4. providing treatment and “illicit” prescriptions for the Polish prison guards belonging to the secret resistance unit in the prison; 5. passing on secret information to the commanding officer of the resistance unit in the prison, and to fellow-prisoners in order to obstruct interrogations.

I hereby declare that the said Dr Śnieszko was brutally beaten up for his work on behalf of the resistance movement and put in solitary confinement under an exclusively German guard. While in the solitary cell, he was deprived of food, but in spite of all this he did not crack up or expose any secrets. Dr Śnieszko’s conduct during his imprisonment deserves to be regarded as the behaviour one would expect of a good Polish patriot.

In an article entitled “Z kart historii służby zdrowia” (A chapter from the history of the health service) published in No. 12 of the weekly Tarnowskie Azoty (22 March 1980), Jan Henryk Maniak writes,

When a typhus epidemic broke out in the autumn of 1941, prisoners were selected for transportation to concentration camps, but Dr Świerczewski managed to supply the prison guards with an anti-typhus vaccine which he procured for the Polish Red Cross from the German authorities, and Dr Śnieszko vaccinated prisoners. It was an unprecedented operation, which helped Dr Waręga, who was a prisoner at the time, to control the epidemic raging in Tarnów Prison.

On 14 April 1942, after a year in prison, Dr Śnieszko was sent to Auschwitz, where he was deprived of his personal identity and turned into No. 29620. At first he was sent to work as a labourer in the Buna-Werke,13 but when there was a rise in infectious diseases, he was given the duties of a physician in the prisoners’ hospital in Block 20. At the turn of 1943, the two of us were accommodated in Room 3 of the infectious diseases ward and we became friends, starting a long friendship that continued right until his death. At the time we were both patients, ill with typhus. Except for the times when Dr Śnieszko was down with the disease himself, he was working all the time in the hospital, performing the duties of a doctor. He was transferred to the Roma family camp14 in sector BIIe of Birkenau, and worked there as a doctor from April 1943 to 1 August 1944. He made a record of his observations from that phase of his incarceration in Auschwitz in an article jointly authored with Tadeusz Szymański and Danuta Pytlik on the prisoners’ hospital in the Roma family camp, published in Przegląd Lekarski – Oświęcim 1965, pp. 90–99.

On 4 August 1944 Dr Śnieszko was sent to Ravensbrück15 and allocated to the Barth–Osten commando. In this new place of detention he was given a new prison number, 9720. Here, too, he worked as a physician, caring for the sick and saving many lives. On 2 May 1945 Ravensbrück was liberated by the Red Army, and by 17 May 1945 Tadeusz Śnieszko was back home with his family in Poland, who were living in Nowy Targ at the time.

After a two-month break due to illness caused by his concentration camp experiences, Dr Śnieszko returned with his family to Tarnów and resumed his duties in the local branch of the Social Insurance Company, where he was employed as a medical officer for the adjudication of claims, also serving as the Company’s chief physician and one of its regional physicians. When the Social Insurance Company was closed down, he worked in medical entities under the authority of the Health Department of the City of Tarnów branch of the National Council.16 He also held several additional appointments, for example as head of the local ambulance service and of the medical advisory centre for schools. In 1951 he was appointed medical consultant for the regional military headquarters and medical officer for the Tarnów army recruitment board.

On 1 November 1954 the Minister for Labour and Social Welfare appointed Dr Śnieszko chairman of the Tarnów division of the commission for disability and employment. He held this post for nearly 14 years. When he reached the statutory age for retirement, he reduced his working hours due to poor health but continued to serve as a district physician and in an adjudicative capacity for the medical facilities run by Polish State Railways in the Tarnów region.

He retired on 1 September 1978, after 43 years of working in the medical profession, but for him retirement brought a close only to his professional work. He continued to engage in social work, just as he had done both before and after the Second World War.

As head of the sanitary section of the Tarnów branch of the Polish Red Cross, he organised numerous sanitary courses and trained ancillary nursing staff for the Polish Red Cross in the City and Powiat17 of Tarnów. However, most of the time he spent on social work was dedicated to concentration camp survivors and war veterans. He took an active part in the work of the union of concentration camp survivors18 who were held as political prisoners, and when this organisation was wound up, he continued his work with ZBoWiD, its successor institution, concentrating his efforts on the community of former political prisoners. From 1975 practically to the end of his life, he served as chairman of the team of doctors working for the health and material assistance commission in the branch of ZBoWiD for the Tarnów Voivodeship.19 Enough to say that even when his health had deteriorated due to serious illness, for as long as he was still able to walk he continued to work on behalf of this commission and for the former political prisoners’ club attached to ZBoWiD.20 No wonder, then, that our colleague Tadeusz was paid the last respects with many a warm word of acknowledgement and gratitude spoken at his graveside, and many of us had tears in their eyes.

This article has been compiled on the basis of the following records: