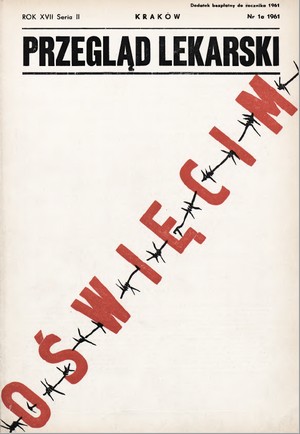 Przegląd Lekarski – Oświęcim (Medical Review – Auschwitz) was a scientific journal published annually from 1961 to 1991 by the Kraków Medical Society. The periodical started as a reaction of the Cracovian physicians, many of them Nazi German camp survivors themselves, to the unprecedented medical consequences that internment in concentration camps had for former prisoners, resulting in pioneering research, including that on posttraumatic stress disorder.

The 31 issues of Przegląd Lekarski – Oświęcim comprised 1050 articles by 477 authors dealing with the medical, psychological, and social consequences of Nazi persecution in concentration camps. The studies presented were based on detailed examinations of a few thousand of former prisoners which nowadays would be no longer possible due to the shrinking number of the living survivors. A large portion of the articles present reflections based on the first-hand experience of the former prisoners from various medical and medicine-related professions.

The journal was nominated to the Nobel Peace Prize twice (in 1993 and 1994). In spite of the unique scientific value, its contents were for a long time unavailable to the global community. Since 2017, however, the articles from the journal have been consistently translated into English and published on this website, with new texts appearing on a regular basis and available in open access.