Stanisław Bayer (nom-de-guerre Leliwa, 1913–1991), graduated in 1938 from Centrum Wyszkolenia Sanitarnego (a sanitary training college). Served as a medical officer in the Kresowa Brygada Kawalerii (Borderland Cavalry Battalion) during Poland’s defensive campaign against German aggression in September 1939. Worked in Ujazdowski Hospital under German occupation (1939–1944). Commanding officer and chief surgeon of the hospital at No. 61, ul. Wilcza during the 1944 Warsaw Uprising. After the fall of the Uprising he was deported along with the serious casualties to Zeithain POW camp, Germany (see: Stanisław Bayer, Nie byłem Kolumbem, Warsaw: MON; 1977; www.1944.pl).

Many readers will have come across Col. Strehl in other publications. He’s been mentioned in Przegląd Lekarski – Oświęcim as well: his photo was published on p. 176 of the 1974 issue. Col. Strehl was one of the doctors who rendered distinguished service during their best years, which came at a most difficult time—the war years, when Poland was under Nazi German occupation. Moreover, Col. Strehl found himself appointed to carry out an undeniably unique duty, which is why we should definitely pay a tribute to this extraordinary man with a separate memorial article. 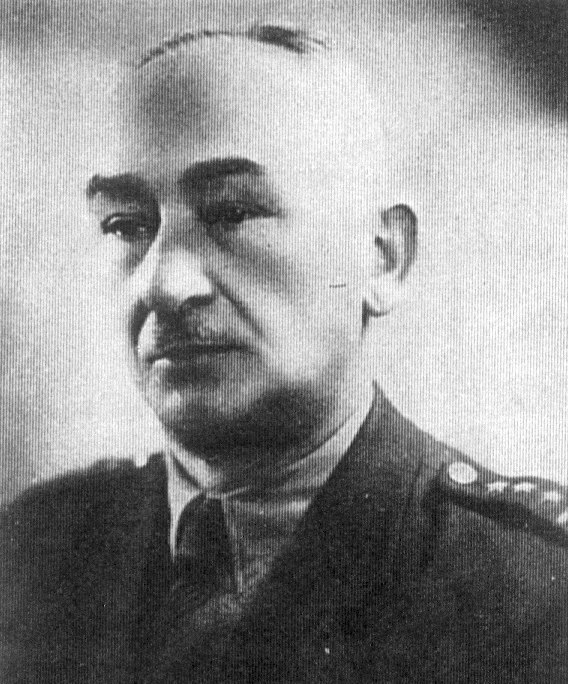 In the most difficult part of his professional life he built up a bond connecting him with the city of Warsaw, although he was not a Varsovian. He was born on 6 August 1891 at Czarnice1 near Chojnice, went to school in the Prussian zone of Partitioned Poland,2 and subsequently enrolled for Medicine at the Königliche Universität zu Breslau.3 Just before graduation, he joined the [Polish] Army and served in the Greater Polish Uprising4 as a medical officer in the rank of second lieutenant for the Leszno section, and later in the 60th and 69th Infantry Regiments. He was already an officer when he took his final examinations at the University of Warsaw (23 July 1919). He continued his studies as a postgraduate at the same university and on 24 March 1923 obtained a PhD in Medicine on the grounds of a dissertation on changes in the tissue of the reproductive organs during ectopic pregnancy.5

It would be hard to say whether Dr Strehl’s career, which was determined by the orders he was given designating him for administrative work in the army health service, made the best of his character, talent, and aptitude; though he was also engaged in many other military matters apart from his medical duties. After a short internship in the wards of the Seventh Poznań Regional Hospital,6 Strehl made his way up all the levels on the career ladder of the army health service. He started as an administrative officer in the central medical office of DOK 7 – Poznań (Seventh Corps District Command, Poznań)7 and was successively promoted at the prescribed times to deputy commanding officer for the Toruń DOK Hospital, next to chief medical officer for DOK Toruń, and finally, in 1937, to chief medical officer for DOK 1 (Warsaw), which was his post when the War broke out.8

Dr Strehl did not succumb to panic and leave with all the DOK agencies evacuating east.9 When Armia Łódź10 units started to pour into the Warsaw region and Maj. Gen. Juliusz Rómmel11 was appointed commanding officer of a new operational unit, Armia Warszawa12 (the Warsaw Army), Col. Strehl was appointed its chief medical officer. Most certainly he and his subordinate officer, Maj. Wilhelm Borkowski13 MD, chief medical officer for Gen. Czuma’s group in the defence of Warsaw, must be given the credit for restoring the network of military hospitals, which had fallen into disarray, making it ready to work in extremely difficult conditions when the city was under siege. The restoration involved both personnel and material resources, helping the hospitals absorb the huge influx of casualties arriving via the Kampinos Forest in the aftermath of the Battle of the Bzura,14 along with the remnants of Armia Poznań and Armia Pomorze.

When all the opportunities for continuing combat were exhausted, Col. Strehl joined the delegation appointed to conduct negotiations for surrender. The Poles insisted that the Wehrmacht must provide adequate medical care for the Polish wounded and sick soldiers, and this condition in the capitulation agreement must be credited to them as a success.

After the cessation of combat, Col. Strehl stayed in occupied Warsaw as the commanding officer of No. 1 Regional Hospital,15 and at the same time effective, though not official, head of the whole of what was left of the Polish Army’s medical service. On 1 April 1940 the Germans took over No. 1 Regional Hospital, while the rest of the military hospitals were transformed into civilian hospitals. Col. Strehl was appointed chief medical officer of Ujazdowski Hospital.16 The wartime history of this institution, in a class of its own in occupied Warsaw, has been described in several publications, including Michał Lityński’s article in the 1974 issue of Przegląd Lekarski – Oświęcim.17 Here it will suffice to emphasise that all the incredible events that happened on the premises of the Ujazdowski and its subsidiary, the Knights of Malta Hospital,18 were possible only thanks to the extraordinary managerial and diplomatic talent of its commanding officer. His perfect German and intimate knowledge of the German mentality, along with his conduct, which was always elegant and engaging, let the “Ujazdowski Republic” endure right until August 1944. Moreover, apart from working in his official post as head of Ujazdowski Hospital, Col. Strehl was also performing the much more difficult duties of chief medical officer for the Home Army’s Chief Command.19 Everything that took place in the underground medical service—and the Ujazdowski played a major part in it—happened with the knowledge and consent of Col. Strehl. And it involved matters which were by no means easy or risk-free.

Col. Strehl was well aware that Ujazdowski could not be used as the base hospital for insurgent casualties once the Uprising broke out, so when it did [on 1 August 1944], in accordance with his view on the matter, he moved to the Wola district of town, where Chief Command was stationed. He spent a few days there; next he crossed over to the Knights of Malta Hospital in Stare Miasto (the Old Town). All the credit for the successful evacuation of the Knights of Malta Hospital to Śródmieście (the City Centre) across the German lines and firing positions in the Saxon Garden20 is due to Col. Strehl. The good outcome of this migration earned him a jocular nickname—“Colonel Moses.”

The nature of the fighting during the Uprising precluded any kind of central command, so at this stage Col. Strehl’s part boiled down to an advisory role for General Bór-Komorowski.21 And here again, when negotiations for capitulation started,22 Col. Strehl was tasked with the duty of determining the conditions for the medical service. After the surrender, thanks to the authority he enjoyed, he managed to create a team of professionals who stayed at their post to the very end, providing medical care and treatment in the POW camps and on the ruins of Warsaw.

On 7 October 1944 he left with a trainload of wounded POWs and a carefully selected team of volunteers for the POW camp at Zeithain.23 The history of that camp has been described in a number of separate studies and recollections.24 Here I would like to say that the speed and efficiency with which the Polish part of the Zeithain hospital was set up was due both to its staff as well as to Col. Strehl, its Polish commanding officer. Every day at eight o’clock sharp for the entire time of his confinement in Zeithain, his lean, vivacious figure turned up in the camp’s office. All the German guards on duty always saluted him respectfully.

Liberation came on 26 April 1945,25 but it was not until 15 August that rail transport to take them home could be arranged for the entire hospital. This was done with the help of the Soviet military authorities. The destination was Toruń, where the hospital continued its work as a Polish Red Cross district hospital,26 until 28 February 1946, when it was closed down.

Despite the fact that at this time the People’s Polish Army27 was cashiering senior officers who had served in the pre-war Polish Army and the wartime resistance movement, Col. Strehl was called up for service in the Health Department of the Ministry of National Defence,28 where he worked for the next five years, until he retired. However, his innate vigour kept him busy after retirement as well. Now he offered his professional experience and abilities to the Board of the Polish Red Cross, and ran one of its departments.

Whoever had the occasion to meet Col. Leon Strehl, MD, no matter in what circumstances, was bound to remember his tremendous tactfulness, impeccable manners, and sociability. It was his lot to live in very difficult times, but that only let the special qualities of his character and aptitudes come to the fore, helping him to overcome obstacles in a way that earned the respect even of his enemies.

The information for this article on Col. Leon Strehl, MD has come from the following sources: 1) records preserved in the Central Archive of the Polish Ministry of National Defence; 2) information from Dr. Kazimiera Drozdowska (née Strehl, MD, and Dr. Szczepan Wacek, and 3) my own notes, information and recollections.