Dr Jan Zygmunt Robel, for many years a researcher at the Faculty of Medicine of the Jagiellonian University, died on 24 May 1962 at the age of 76. He became committed to a career in medicine when he was still studying chemistry and received guidance from the distinguished scientist, Prof. Leon Marchlewski.1 For many years, Dr Robel carried out research on the structural relations between hemoglobin and chlorophyll in the Department of Medical Chemistry of the Jagiellonian University. In 1912, he obtained a PhD with honors in chemistry.

Over the next years, he worked tirelessly in Kraków, teaching students of medicine and pharmacy, taking classes and delivering lectures. Medicine and pharmacy graduates remember him as an outstanding scientist and excellent tutor, expecting a lot from himself and others. He was able to instill his diligence and love of discovering the secrets of Nature in undergraduates, prospective medical practitioners. Camouflaging his commitment to his students behind a mask of austerity and inaccessibility, he taught them a serious and honest approach to their studies and made every effort to eradicate superficiality and laziness.

At the beginning of the Nazi German occupation of Poland, Dr Robel and other academics of Kraków’s institutions of higher education were arrested and sent to Sachsenhausen2 concentration camp. During his detention in the camp, he proved his heroic fortitude, modesty, and self-sacrificing attitude toward fellow-inmates.

After his release, he did not break down even though he was extremely exhausted by the dreadful experience he had been through in the camp. He went back to work in chemistry, his favorite scientific discipline, as head of the Institute of Forensic Medicine and Criminalistics. After the War, the Institute, which boasted a long tradition of service, was transformed into the Institute of Forensic Research,3 a unit of the Jagiellonian University’s Department of Medical Chemistry. Under German occupation, Dr Robel did his best to protect the Institution from looting and destruction. He spent long hours from morning until late in the evening watching over its equipment, for which he felt a personal responsibility. The Department of Medical Chemistry was the Jagiellonian University’s only facility to survive Poland’s occupation without considerable damage and could start training medical staff as soon as the city of Kraków was liberated. The devastated country was in desperate need of doctors and nurses. 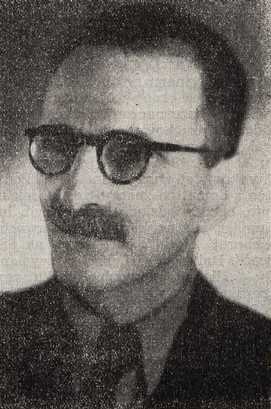 During the War, Dr Robel’s institute employed many medical practitioners and chemists and offered a secret refuge for members of the Polish underground resistance movement. Dr Robel himself took an active part in the resistance, serving as a leader for the young combatants. His Sachsenhausen experience helped him adopt an attitude of fearless yet calm and above all steadfast defiance against the Nazi German invaders. As an excellent specialist, he managed to find successful solutions to numerous chemical problems related to underground resistance operations.

The experience Dr Robel had accrued in his whole life, his calmness and prudence allowed him to consider a given situation precisely, professionally and rationally in order to ensure effective assistance. Indeed, he was approached not just with simple problems. Members of the underground resistance movement fighting against the SS, the Gestapo and the Wehrmacht relied on his commonsensical decisions concerning matters of life and death. One of his secret contacts was Teresa Lasocka-Estreicher,4 leader of the Auschwitz Group operating in Kraków. She used to come to his laboratory for professional advice and help, as did the leaders of several other underground organizations, such as the PPS5 and the Home Army.6

Two decades after the events, this paper recalls one of Dr Robel’s activities which is quite unknown to the general public: how he managed to “organize” and smuggle various kinds of poison into Auschwitz. The Auschwitz Group’s extant kites7 mention words like “poison,” “cyanide,” “fluoride,” “arsenic,” “strychnine,” and the names of other poisonous chemicals needed in Auschwitz and smuggled into the camp in large quantities.

The secret messages of January 8 and 20, May 1, August 20 and 21, 1944 recurrently mention poisons code-named “1” and “13,” needed by the camp’s resistance movement. A memo from a military group in the camp’s resistance movement for a meeting with a Home Army commander had the following note: “We want grenades, weapons and poison from Kraków.” On August 22, 1944, the group wrote, “Rcvd poison pills, nice set. Write card from home how slow fluoride is; want to know how many hours or days, and describe symptoms, e.g. [in] a very sick auntie,13 want to try it out on an SS-man.” A kite dated August 29, 1944 asked the following question: “how many grams of fluoride per package in those you sent . . . ?” Finally, a message sent on November 2, 1944 said, “two died after taking the poison. . . .”

These excerpts call for a comment. Every activity performed by members of the underground resistance groups in Auschwitz, the nearby city of Oświęcim, and in Kraków could be discovered by the SS and the Gestapo; consequently, those involved risked death, torture, or mental breakdown, which would entail a chain of death sentences and an end to resistance activities. The operations of the Auschwitz Group were conducted by dozens of people in various places located between the concentration camp and Kraków. There were hidey-holes for successful fugitives, storage sites for weapons, medicines, and vaccines; there was aid in the form of food and clothing, there was the distribution of the underground press and the delivery of illegal correspondence, there were the records of the Nazi German crimes; it was also about the morale in the camp and the conscience of the conquered nation; it meant protest and activity.

For the inmates in the camp, there was only one remedy in the event of exposure: poison. They could not move to another barrack and in the event of danger, an improvised attempt to escape was doomed to failure.

If we take a closer look at the dates of these kites, we will see that the group in the camp sent them out when they were in a very dangerous situation, when communications between the camp and the outside world were not working, when go-betweens had been arrested. They knew that they could dispose of their lives if they had a little dose of poison which they could swallow under interrogation. So their death could occur at a convenient moment and it would be death against the enemy’s wishes. This awareness gave them a colossal advantage over the interrogator. Indeed, dozens of times this little dose of poison saved them from breaking down at seemingly final and hopeless moments.

In practice, the poison smuggled into the camp was only rarely used inside it. It was given to prisoners who were liaisons and smuggled in illegal materials such as camp books, medicine, poison, weapons, cameras, illegally taken photos, kites. Also, those who acted as go-betweens on the Oświęcim–Kraków route had phials of poison on them. They could use them during encounters with bribed SS-men, while escorting fugitives or smuggling illegal “documents.” Moreover, poison was distributed to inmates whose escapes were being organized by the underground resistance movement. We know of two Auschwitz prisoners, Zbyszek Raynoch14 and Czesław Duzel, who took poison to avoid being interrogated by the SS after Roth, an SS-man, betrayed their escape plan. Members of the underground resistance and escapees from camps who had removed the prison numbers tattooed on their forearms kept a dose of poison in their pockets.

Poison was also used to kill the notorious informer Stefan Olpiński15 who snitched on fellow prisoners. Significant quantities of poison were collected to kill the SS-men when their plan to exterminate all the prisoners was due to be carried out. Tasteless and odorless poison was to be a last resort to lace their food. It was to be done by the prisoners who worked in the SS, NCO and officers’ canteens. Poison was to be used to kill the Birkenau “dog column.” This was a unit with 160 trained dogs and posed a serious threat to inmates. However, the plan was never implemented.

Prisoners came on the idea of poison as a method of (self-)defense when they saw the practices of their enemies, who murdered hundreds of thousands with Cyclone B in the gas chambers of Auschwitz and killed sick inmates in the prisoners’ hospital with phenol jabs straight into the heart.

Robel the chemist was the fighter who produced lethal chemical compounds, determining and adjusting the composition to the needs of the resistance groups, testing toxic substances in titration experiments and writing up his observations on the effects, designing the chemical composition of the comfort food used as a last resort in those horrific years under Nazi German occupation. The ingredients were delivered from Home Army headquarters in Warsaw. Two decades after the War, Dr Helena Szlapak,16 a member of the Auschwitz Group, donated a new exhibit to the Auschwitz-Birkenau State Museum: a few small boxes with poison pills, tokens to prove that freedom is worth more than life.

After liberation, Dr Robel joined a project to collect evidence of Nazi German crimes. He examined the content of Cyclone B in the hair of Auschwitz victims. Before he died, this great man whose life had been so hard managed to perform an onerous task of national importance: he made a key contribution to the conservation project for the Veit Stoss Altarpiece,17 one of Poland’s greatest historic monuments.

Dr Robel was awarded the Knight’s Cross18 of the Order of Polonia Restituta for his distinguished service and courage in the underground resistance movement.

His memory lives on.