The Award is a statuette designed and made by Karol Gąsienica Szostak, an eminent Polish sculptor—see the bionote.

The Award is given in two categories:

The Award Ceremony takes place at the end of the international conference Medical Review Auschwitz: Medicine Behind the Barbed Wire. 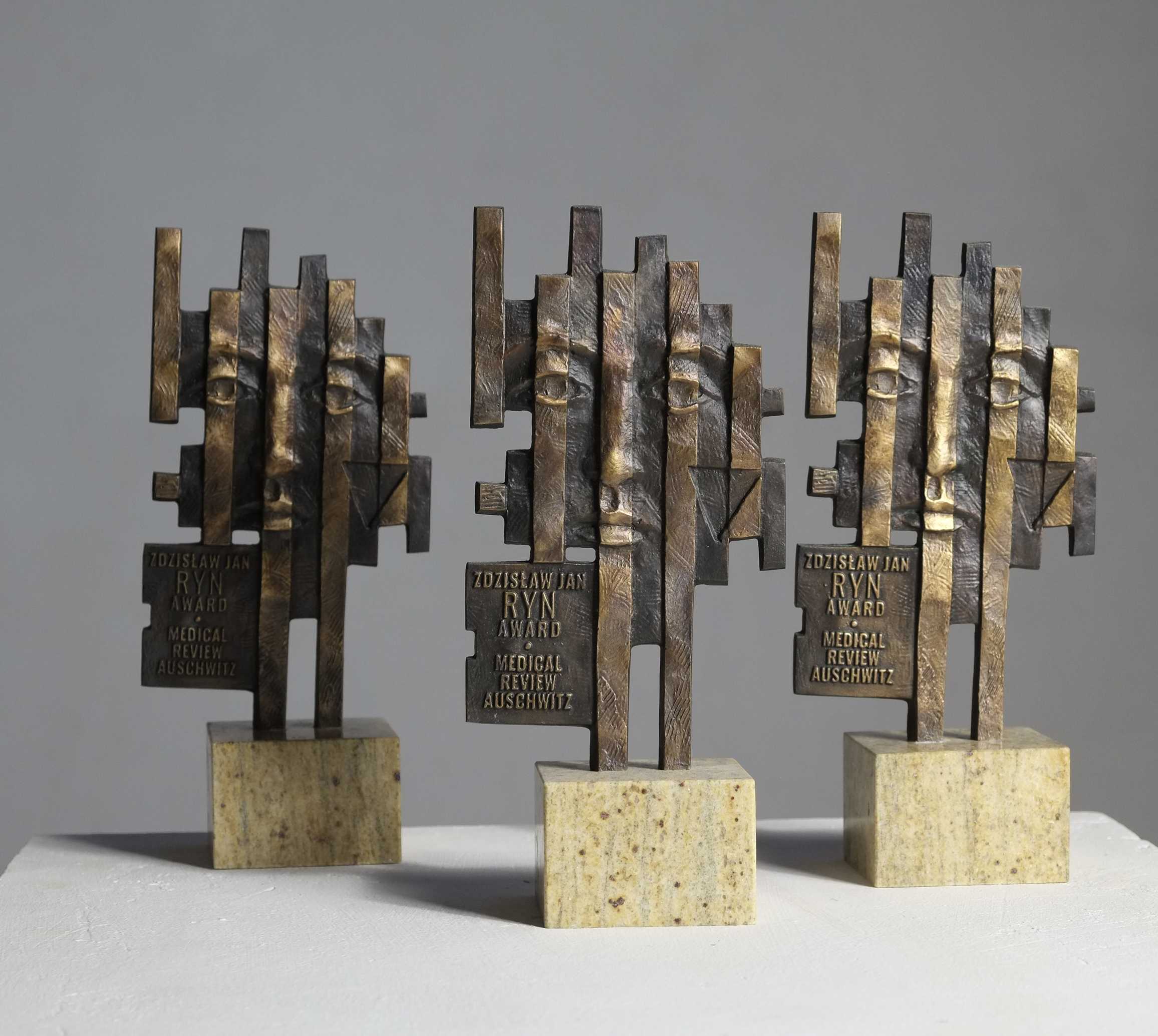 Text by Karol Gąsienica Szostak, the author of the sculpture.

“Judging by mere appearances, the question of the boundaries of freedom has been already answered. You can undertake any action as long as it does not harm others. However, actual experience, coming both from the present and the past, demonstrates a dramatically different state of relationships between the human beings. Is placing a person in extreme situations and checking the boundaries under inhuman duress inevitable? I would like to believe that we are vituous and capable of sacrifice enough to make new discoveries in every area of life without being forced to do so. This is what countless lives of those who take the side of goodness demonstrate. I would like sculptures which carry a warning, like this one, to become unnecessary in the future.”

Karol Gąsienica Szostak is an artist creating in the fields of sculpture, painting, drawing, and artistic action. In 1988 he graduated from the Academy of Fine Arts in Warsaw at the Faculty of Sculpture, and in 2008 earned a doctoral degree there as well. In 2014 he completed his postdoctoral habilitation degree at the Academy of Fine Arts in Gdańsk. Since 2009 he has been first a lecturer, and then an associate professor at the State University for Applied Sciences in Nowy Sącz. A three-time recipient of the Scholarship of the Polish Ministry of Culture and National Heritage, his artworks have been presented in Poland, the Netherlands, France, Germany, Finland, the Czech Republic, Slovakia, Luxemburg, and USA, including at 49 individual exhibitions. Szostak’s artworks are featured in a number of private and public collections, including those of the Centre of Polish Sculpture in Orońsko, the Court of Justice of the European Union in Luxemburg, the Stutfene Foundation in the Netherlands, the Tatra Museum in Zakopane, and the District Museum in Bielsko-Biała.

A public task funded in 2020–2022 within the DIALOG Program of the Ministry of Education and Science.

FINANCED WITH THE STATE FUNDS OF THE REPUBLIC OF POLAND
“DIALOG” program of the Ministry of Education and Science
“Medical Review Auschwitz — medicine in the Nazi German concentration camps”
Value of funding: 789,400 PLN
Total funding amount: 789,400 PLN